The cost-effective route to volume production for smaller-substrate applications...

If you work on 200mm or smaller substrates you don’t need to buy a big, expensive 300mm plating tool from the Big Guys. Solstice® is a smarter and much more affordable solution.

Specifically designed for the world of smaller substrates, Solstice systems are priced at less than half of what similarly configured plating systems from the larger manufacturers would cost. Solstice provides a new cost-effective way to replace wet benches or older plating systems — to gain significant improvements in uniformity, consistency, productivity and ROI! Solstice electroplating systems allow you to do more and do it better.

For process development you may choose the manual-load Solstice LT with one or two chambers. For mid-level production, the Solstice S4 provides up to four chambers and full cassette-to-cassette automation. For higher-volume production and greater flexibility, the fully automated Solstice S8 offers up to eight chambers and up to 75wph throughput.

All Solstice models share the same advanced-performance chambers, software controls, electronics and superior processing results. Each tool provides the same touch-screen control, GEM/SECSII interface, full reporting and a great deal more. As a result, you have a natural and easy upgrade path from development to full production.

Solstice with Plating-Plus adds multiprocessing capability
Because of its unique multi-chamber design, Solstice can allow additional processes — such as Metal Lift Off, Resist Strip and UBM Etch — to be integrated into a single tool. This ClassOne-proprietary capability is known as Plating-Plus™, and it can optimize Solstice utilization and give substantial net cost savings as well as significant process enhancements. Read more about Plating-Plus >

Why A Solstice Plating Tool? 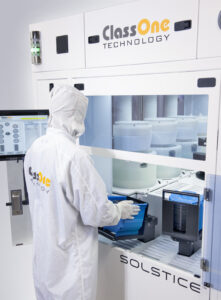 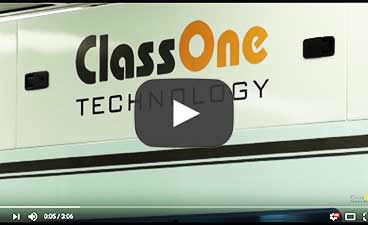